Where Will You Go?

Home to artists, poets and our new King, the Cotswolds covers over 2000 square kilometres and includes the English counties of Gloucestershire and Oxfordshire but also extends into Worcestershire, Warwickshire, Wiltshire and North Somerset. For the explorer, picturesque villages and pretty market towns are abound with many built using the 18th and 19th centuries when Jurassic Limestone was abundant in the area. Richly rural, the Cotswolds have more than 5000 kilometres of bridleways and footpaths, meadows and woodlands with 6000 kilometres of Cotswolds stone dividing up the landscape. Home to castles and stately homes with rich parklands and landscapes, villages and towns developed over centuries, all for the visitor to enjoy. 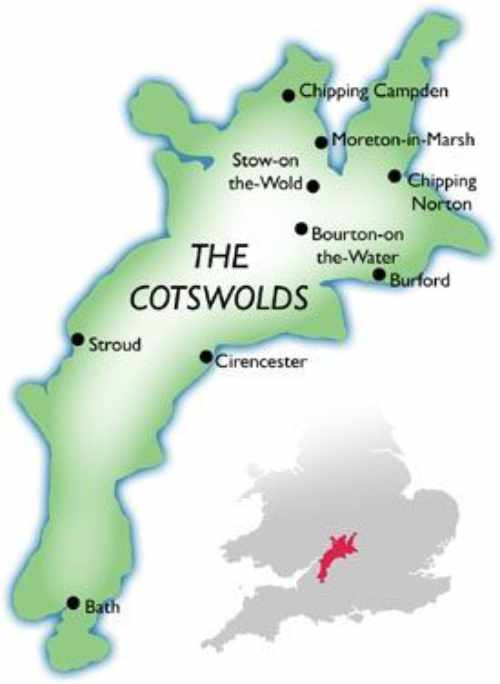 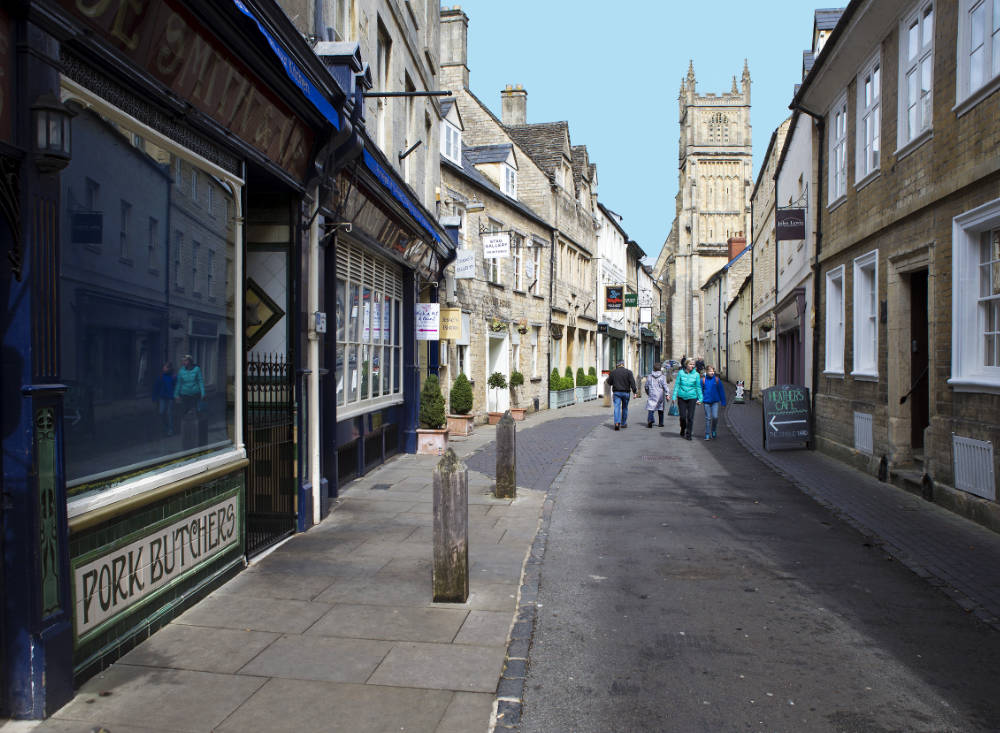 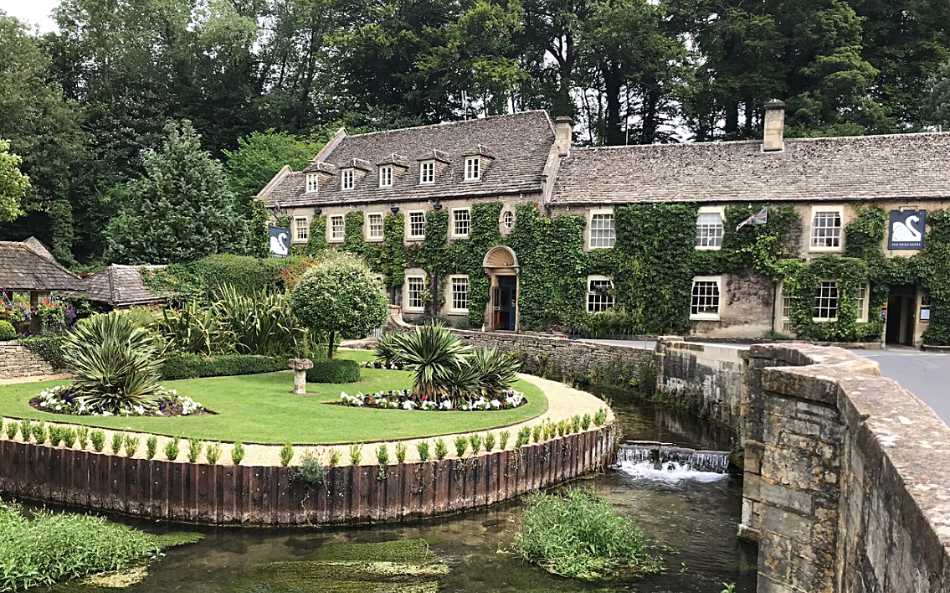 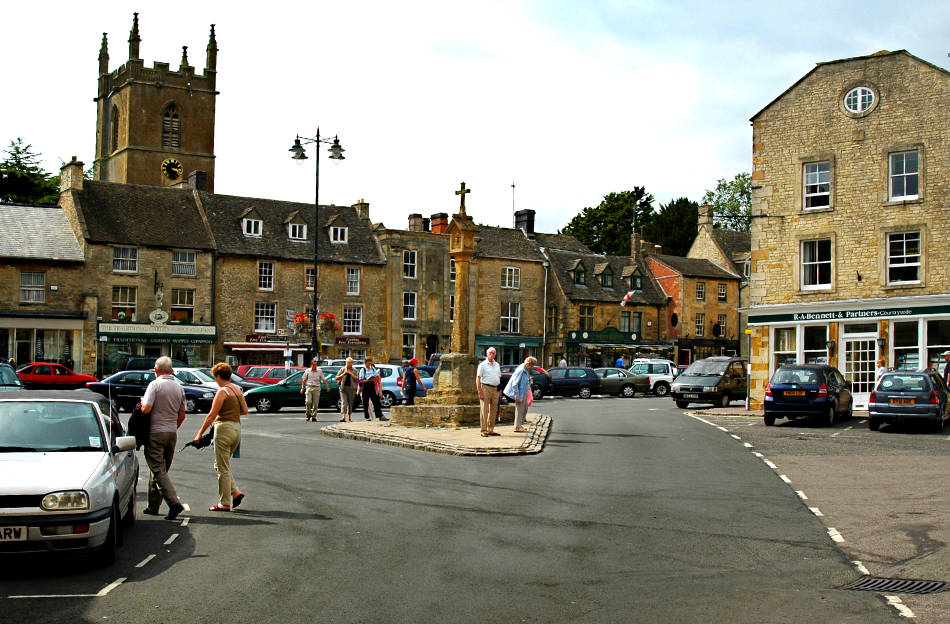 Stow on the Wold 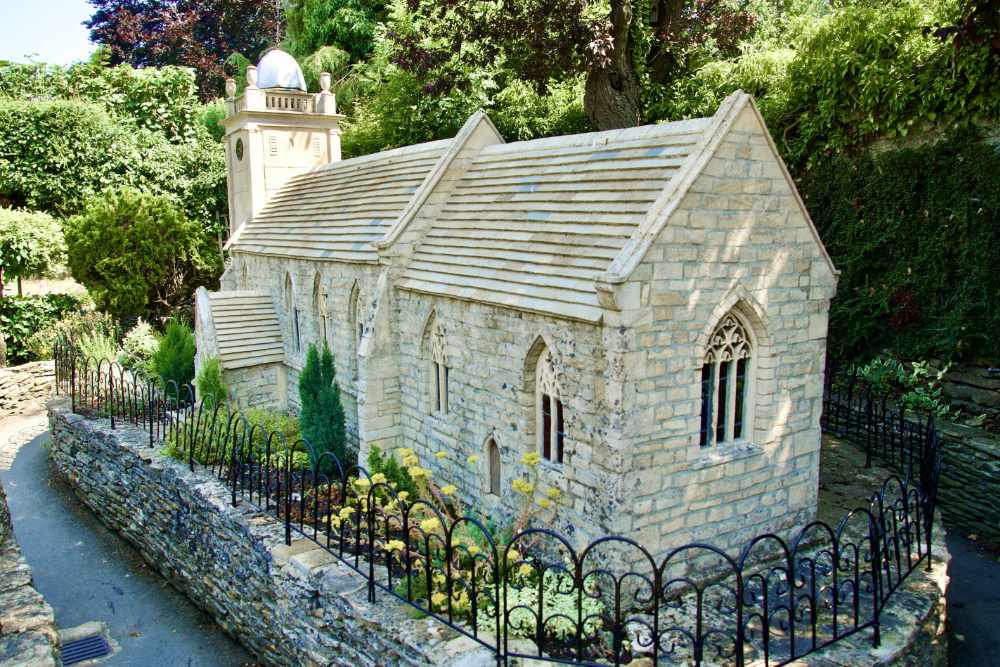 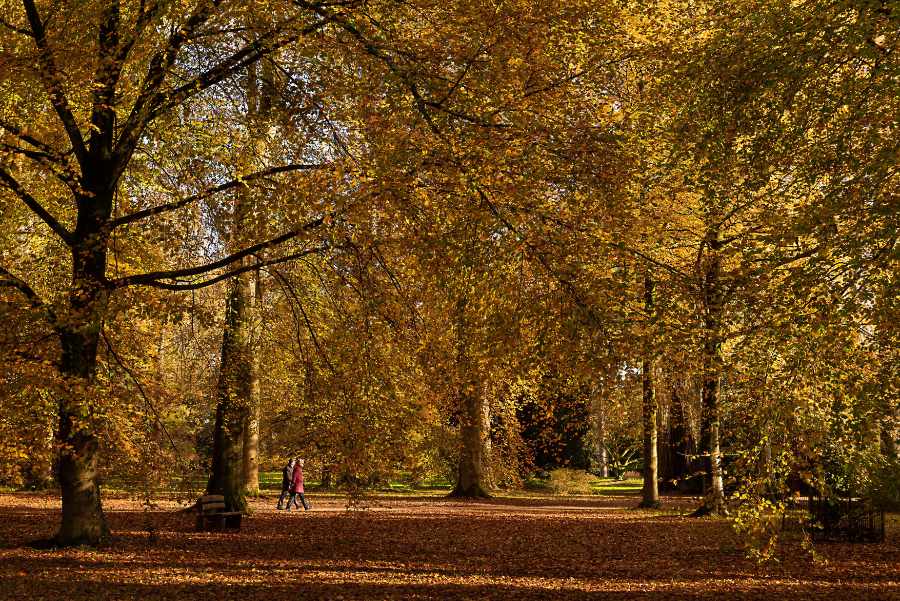 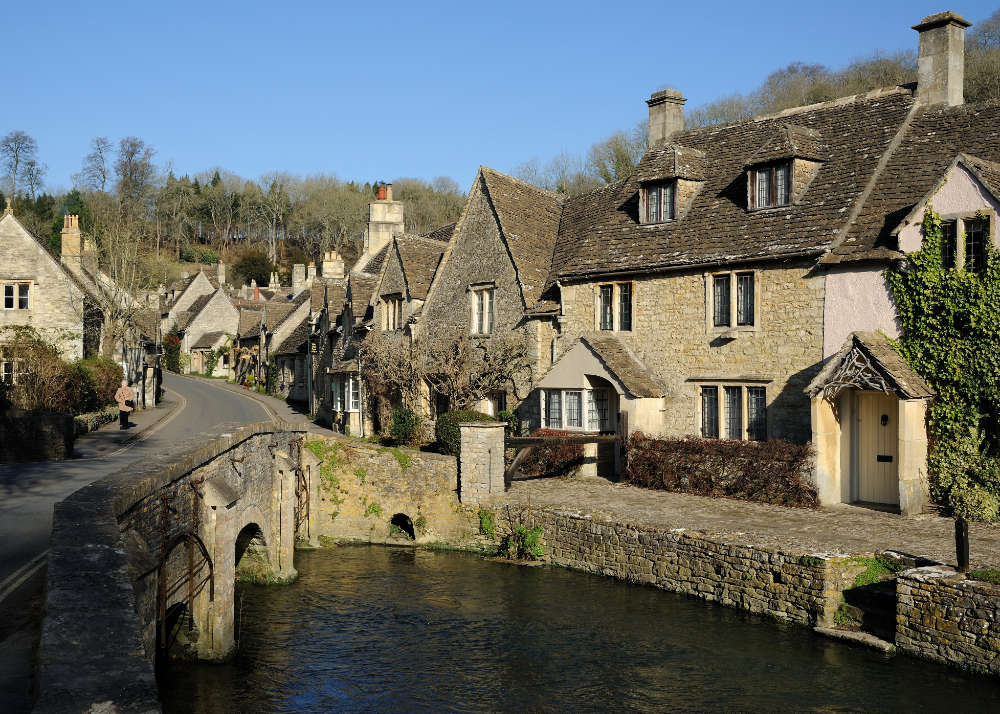 Cirencester - The Capital of The Cotswolds

Known affectionately as the Capital of the Cotswolds, Cirencester is a charming market town with a population of around 20,000. It has a distinctive well-to-do character and it serves as a wonderful base for exploring the Cotswolds.

Cirencester itself has a fascinating history with Roman roots, which you can see in many aspects of the town’s development from the Roman Amphitheatre to the Corinium Museum. Once one of the three main Roman towns in ancient Britain, the town was the main commercial hub in the West of the country and has since grown during medieval times to now be a wealthy centre in the local region.

Much of the architecture dates from medieval times, which really characterises the town today with its beautiful honey-coloured stone buildings. The picturesque streets and alleys make for a town that has successfully retained its charm over the years.

While its history is splendid and diverse, Cirencester also offers the visitor a contemporary haven. There are cafes to sit and enjoy the ambience and markets to peruse for local art and gifts.  Back to Top

Bibury -'The Most Beautiful Village In England'

Bibury - a charming, picturesque, Cotswold village, just a short drive from Cirencester. Poet William Morris called Bibury ‘The most beautiful village in England’, when you visit you will see why. Honey-coloured cottages of Cotswold stone line the slow moving River Coln while an ivy-covered coaching inn, The Swan, sits by the bridge over the meandering river.

The cottages known as' Arlington Row' are probably the most photographed dwellings in the UK. Originally built in the 14th century as a monastic wool store, the buildings were converted in the 17th century into a row of weavers’ cottages.

Henry Ford thought Arlington Row was an icon of England. On a trip to the Cotswolds he tried to buy the entire row of houses to ship back to Michigan so that he could include them in his Greenfield Village development.

From the tranquil stone cottages of Arlington Row, scenic strolls along the Coln, some quintessential country pubs and cosy tea rooms; there are plenty of things to do in Bibury that make it worth visiting. Back to Top 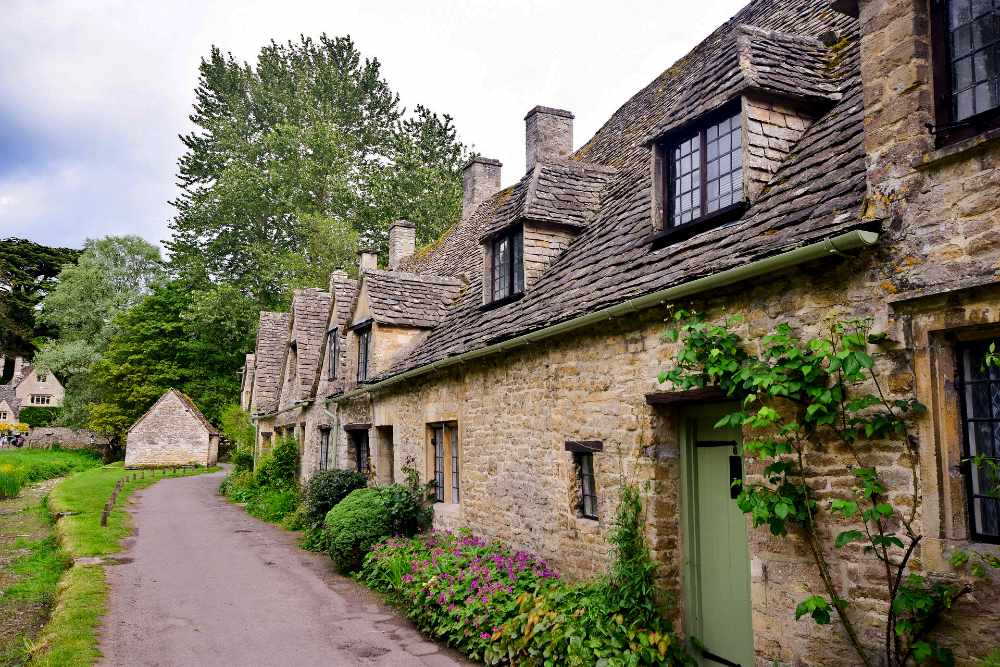 Stow in the Wold

At nearly 800ft, Stow is the highest of the Cotswold towns, located on the Roman Fosse Way and is anchored by a large market square surrounded by handsome buildings and steep-walled alleyways.

There has been a market here since 1107 when Henry II granted a charter and changed the name of the town from Edwardstow. The Royalist Hotel, on Digbeth Street; it is reputedly the oldest inn in England and claims a history reaching as far back as 987AD
Stow is one of the major centres for antique shopping in southern England. Back to Top

Stow on the Wold

Bourton on the Water

There is much to see in Bourton on the Water and it is suitable for visitors of all ages especially families; visit Birdland Park and Gardens – home to a wide variety of exotic birds including penguins, flamingos, macaws, emus and birds of prey; marvel at the incredible detail of the buildings in The Model Village – a 1/9th scale replica of the centre of the village; the Cotswold Motoring Museum has seven unique galleries housing a collection of vintage cars, a fascinating toy collection, exhibitions and children’s TV favourite little car ‘Brum’ or visit the Dragonfly Maze designed by Kit Williams.

Bourton-on-the-Water also has an eclectic mix of shops including Cotswold Perfumery, a jewellers and pottery giving a wide choice of unique and exciting gifts all year round.

The area surrounding Bourton is a walker’s paradise with numerous footpaths crisscrossing the countryside. Nearby Salmonsbury Meadows is a wildlife nature reserve where you can enjoy natural meadows and wildflowers and explore some of the history of this farming area. Back to Top

Established in the last year of King George IV’s reign in 1829 by Robert Stayner Holford, Westonbirt Arboretum is a marvel of horticulture planning.

Home to 2,500 different species from the far corners of the globe and 5 national tree collections, Westonbirt is the perfect place for you to escape, relax or have an adventure! Take a journey up into the canopy on the STIHL Tree Top Walkway, stop by the café for a tasty treat or see if you can spot the Gruffalo!

A delight to visit at any time of the year, Westonbirt is perhaps best known for its spectacular display of autumn colour. The diversity and vibrancy of leaf colours to be found at Westonbirt are unsurpassed in Britain creating a botanical experience like no other. Back to Top

Just a 30 minute drive from Aston Down, Castle Combe is a postcard-pretty town in the Cotswolds that has changed little in generations having no new buildings erected since the 1600’s. Thatched-roof cottages and half-timber houses covered with creeping ivy give visitors a glimpse into how ancient Britons once lived. The Market Cross and St Andrew’s Church date from the 13th century and the church houses a faceless clock which is reputed to be one of the oldest working clocks in the country.

As it’s such a small village, you can explore Castle Combe completely on foot but be aware that visitors must park at the top of the hill and walk down into the centre of the village and the walk is moderately steep. Stop at the bottom of the village by the bridge and enjoy a great photographic moment too!

The village has grown in notoriety having been a filming location for several movies and television shows, including Steven Spielberg’s War Horse, the 2007 film Stardust, parts of the hit series Downton Abbey and the original Dr Dolittle with Rex Harrison. Back to Top 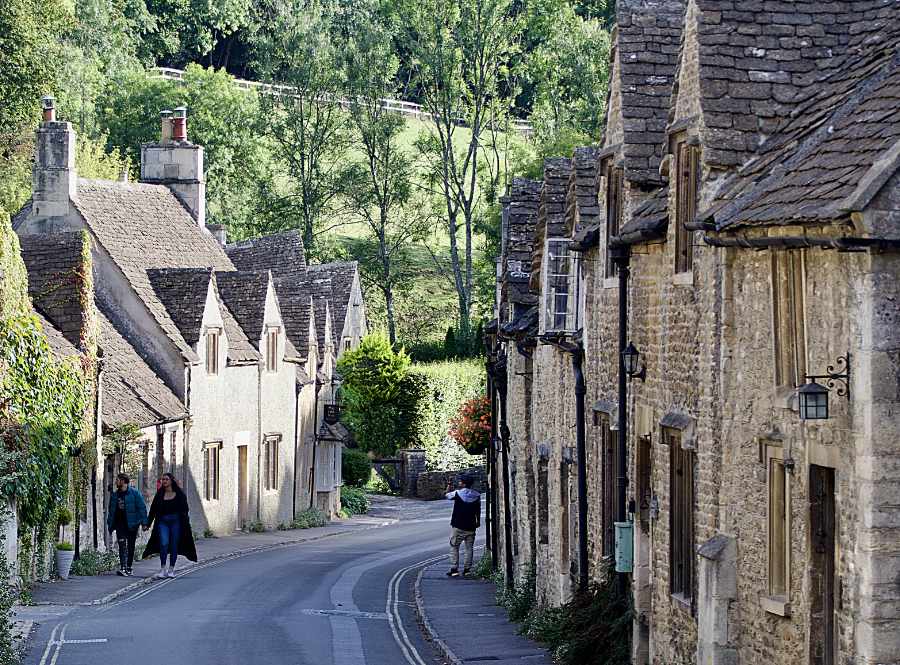